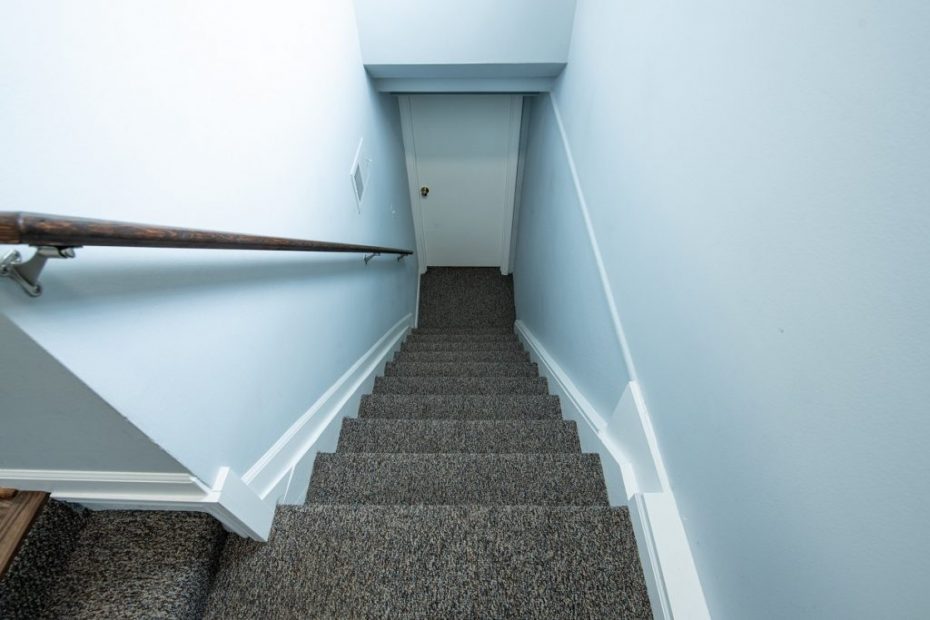 A home’s basement can have a musty, damp odor. Unpleasant basement smells may occur in the aftermath of a flood or even before a flood.

Most homeowners prefer to maintain a clean-smelling basement. Removing basement odors after a flood is possible with a few handy tips.

Why do basements smell?

Basements can emit foul odors even when flooding has not occurred. It is important to address this issue because the musty odors can balloon into a larger problem. Since air naturally moves upward, the musty basement smells will eventually permeate into the upper levels.

Prolonged mold and mildew growth in the basement can unleash foul odors. Mold infestations peak when moisture sources are abundant. Mold can grow in the open as well as concealed areas, such as in the wall cavities, in the carpeting, or above the ceilings.

Homeowners with pets may frequently stumble upon odors in the basement. This is due to the presence of animal waste and urine. Plus, the basement is frequently home to pests. When mice or other rodents die in the basement walls or elsewhere, the entire vicinity will stink.

Sewage can also cause a basement to smell. Problems with sewage are usually linked to a plumbing issue in the home. The resolution of sewage-related issues can be simple, such as replacing the wax ring seal; or, it may be complex, such as addressing a cracked sewer line.

Musty basement smells may also be caused by the presence of iron ochre. The iron ochre (also known as iron algae) appears as a rust-colored ooze. The gelatinous substance is a result of high levels of iron in groundwater. The iron bacteria give off a musty smell akin to sewage.

Why do basements smell after a flood?

Basement flooding can be due to causes, like plumbing leaks, a broken heater, or a major storm. The basement can consequently become flooded with a few inches or several feet of water. No matter how much water has infiltrated the basement, a musty odor is likely to persist.

The moisture issue that results from the flooding could also give rise to mold growth. Mold and mildew are known causes of musty basement odors. In order to eliminate the musty basement smells, the moisture problem must be repaired and the mold removed by mold remediation professionals.

What are reliable odor removal techniques?

Musty basement smells that linger after flooding should be promptly addressed. First, the standing floodwaters should be removed with a wet and dry vacuum. Homeowners are advised to repair any existing water leaks. Even trickles of moisture and damp conditions should be immediately fixed.

Ventilation is key to removing the basement odors after a flood. If weather permits, open windows and doors to increase air circulation. When high humidity levels exist in the atmosphere, run fans to dry the area. Consider running dehumidifiers to pull out excess moisture from the air.

Inspect any furnishings or other belongings that have sustained flood damage. Carpeting and leather seats, for example, should be dried. Depending on the water source (such as unsanitary black water) that caused the flood, these items may need to be replaced for health safety reasons.

After drying the flooded basement and removing wet belongings, look for visible signs of mold. Typical areas homeowners may find mold include in cracks and crevices, around the water pipes, near the window panes and along the bottom of the basement walls.

Upon discovering a mold infestation, homeowners should clean up the growth. Mix one cup of chlorine bleach with one gallon of water and use the solution to wipe away the spores. Cleaning and deodorizing may also be achieved with one quart of white vinegar mixed with three quarts of water.

Use the vinegar and water solution with a stiff broom to thoroughly scrub the walls, floors, and other materials. Any organic items, such as boxes or books, that are covered in mold should be thrown out. Wash moldy furniture or discard it if the infestation is severe.

The flooded basement area should then be allowed to fully air out. Mold prevention is the next step. Keep infestations at bay by regularly keeping the basement windows open. Also run the basement fans frequently to permit free airflow and avoid a damp environment.

What are short-term odor removal tactics?

Short-term odor removal methods include laying out dishes of vinegar. Leave several bowls of vinegar in the basement for two to three days. The vinegar breaks down the damp smells. Or, sprinkle chlorinated lime on the basement floor; sweep it up after the odor disappears.

Mold in the basement is concerning. Not only does mold result in musty odors, but the spores can trigger health problems in people who inhale them. All mold must be properly removed. Neglecting even a small area can allow the mold to grow and contaminate the rest of the property.

A professional flood cleanup service, like ServiceMaster by Replacements, is the long-term solution to basements that have developed foul odors after a flood. Our flood damage restoration service will return your property to its pre-loss condition quickly and effectively.

ServiceMaster by Replacements technicians extract all floodwater from basements in the Cranford, NJ area. We install powerful drying equipment to fully dry the premises. Once the floodwaters are cleared, we perform structural repairs. Our experts remove both mold and the lingering basement odors caused by the flood.

When you seek a reputable flood damage restoration expert, choose ServiceMaster by Replacements. Our restoration crews are IICRC-certified, experienced, and trained in all aspects of flood damage cleanup. We’ve successfully restored flood damaged homes and businesses in the local area since 1978.